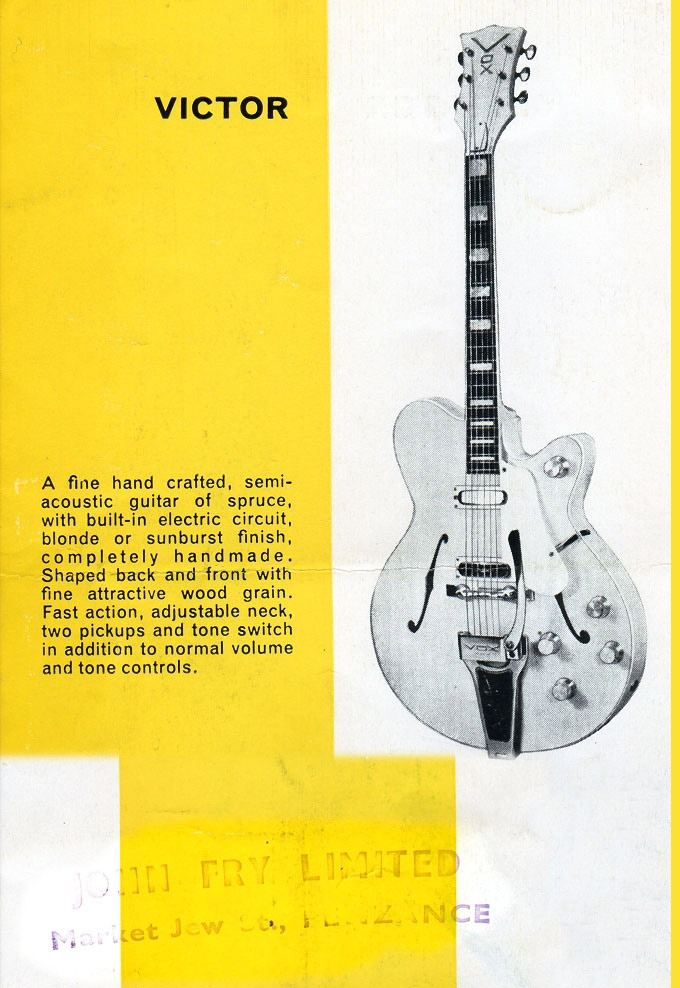 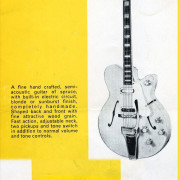 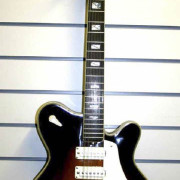 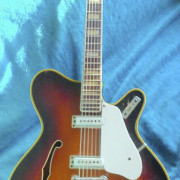 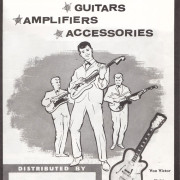 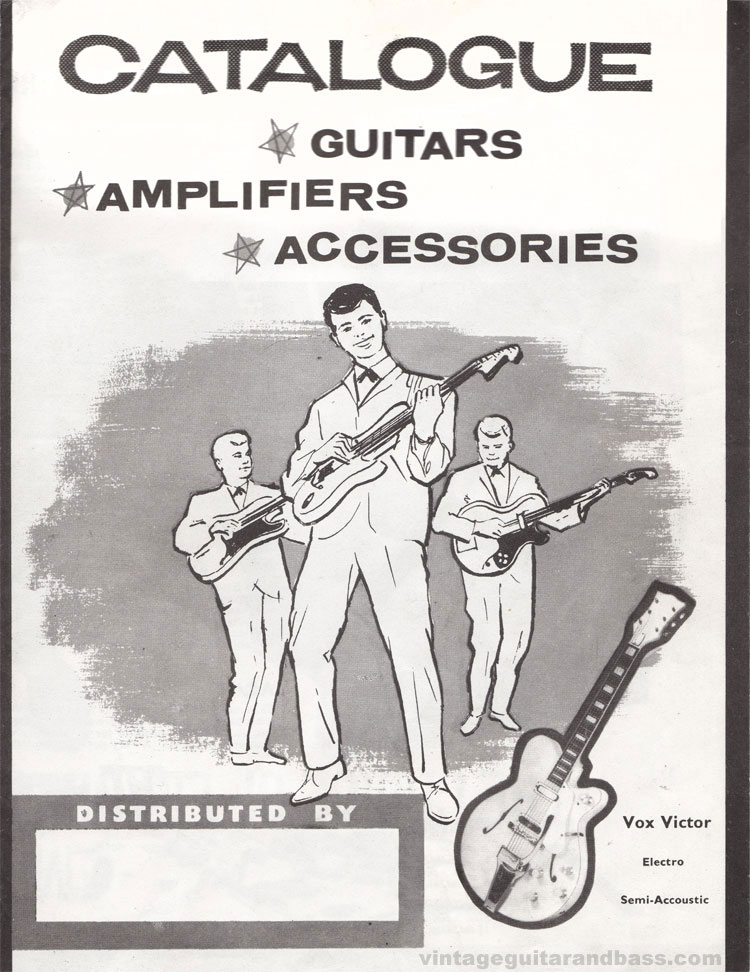 The guitar assembled by Brandoni.co.uk with Eko neck and hardware, raises some questions. Vintageguitarandbass.com says that the Victor was built by the luthier Vic Da Costa in Uk. We know that Brandoni bought the old stocks of Eko and Welson (of which he was a former employee) and over time it has assembled some with a certain freedom and imagination creating confusion in the less experienced enthusiasts. There are three possible hypotheses: Brandoni also took old stock parts of Vox. 2) The body of Victor was made in Italy, probably from Welson. 3) Vox asked Welson a Victor reissue that never went beyond a sampling remaining in stock.

The Vox Victor was first available in early 1963, so the fact that it only made it to the cover (rather than the internal pages) of this catalogue helps date this catalogue as late 1962/early 1963. The Victor was a hand-built guitar, produced by Vic Da Costa; a luthier employed by Vox especially to produce some hollow body instruments.
JMI were only making solid body Vox guitars in the very early 1960s, however there was clear demand for hollow body instruments at this time; Vox addressed this (to a very limited extent) by hiring luthier Vic da Costa to hand-build the Vox Victor in early 1963. It was included in JMI price lists right through to the end of 1965, with a Victor bass model also listed in September ’64 and May ’65.
From mid 1964 Vox hollow bodies would also be produced by Crucianelli in Italy, and then imported into the UK.

The Vox Victor was the first hollow-body produced by the company.
The following description comes from the 1963 Vox catalogue