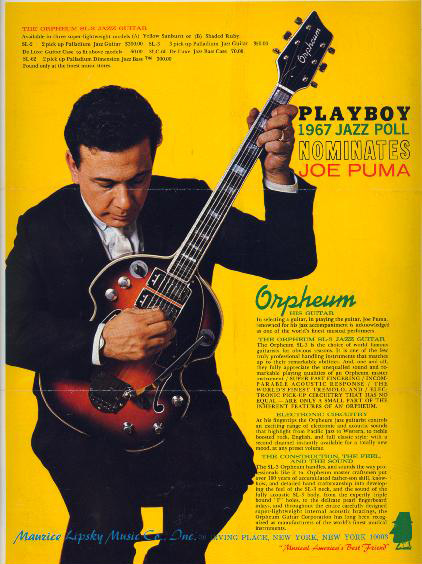 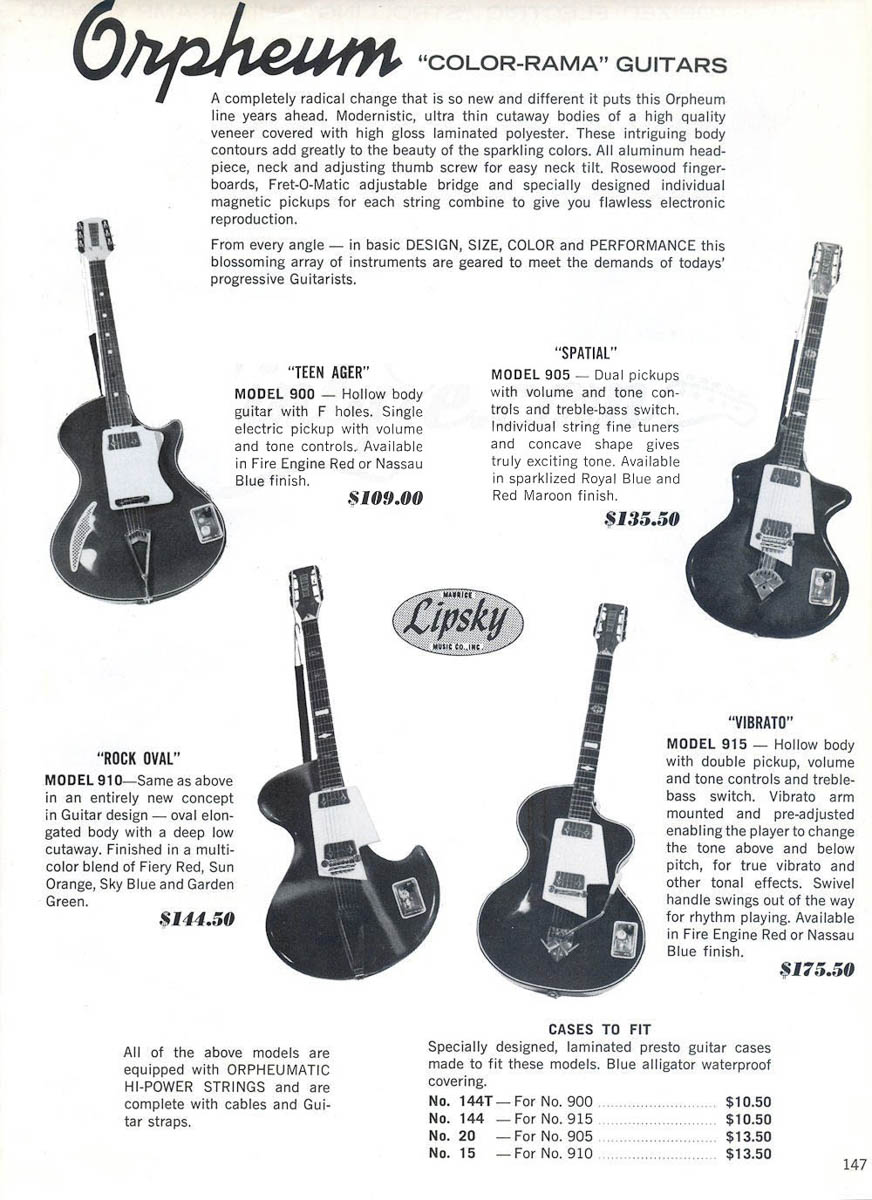 The Orpheum brand was used already in the late 19th century by an American banjo maker. In the 1930’s the company began marketing acoustic then archtop jazz guitars and even wind instruments but that business ceased during WW-II.

By the end of the war the trade name was recycled by the Maurice Lipsky Music Co., Inc. of New York for a range of stringed instruments, positioned in the same market segment as Kay, e.g. affordably priced average quality. Hollow-bodies from that era with a Orpheum logo appear from time to time on the U.S. vintage market, they surely do not compare to Gretsches or Gibsons but own a specific post-war or early 50’s charm all the same.

In the early 60’s, as the electric guitar turned out to be a mass market product, Orpheum stopped selling American made instruments and began importing cheap European instruments made by Wandré. “Cheapness“ today is not the predicate that readily associates with Wandré, but back then a Tri-Lam was barely seen as low-cost Italian junk, a plastic and aluminum imitation of the real thing. Due to their avant-garde construction and manufacturing process some Wandré guitars were actually among the most inexpensive available. Times have changed since then!…

In addition to the Tri-Lam, Lipsky also distributed weirder Wandré models, even the Rock Oval. A culture shock after the traditionally crafted Orpheum archtops of the previous decade.

After Wandré the Orpheum logo was applied to the absolutely cheapest (surely not the best) guitars Europe had to offer, i.e. Egmond archops. The agreement with the Dutch maker lasted approx. from 1963 to 1967. Meanwhile the distribution program was widened with low-end generic Japanese solid-bodies supplied by Guyatone. Orpheum was back then just a second-rate brand behind Lipsky’s mainstay, the Domino range with its gorgeous MIJ Vox teardrop and Phantom copies.

In 1967-68, with the growing trend favoring more serious guitars, Orpheum tried to regain a higher status and entered a short-lived cooperation with the Welson Co. for distribution in the U.S. of their range of violin-shaped guitars. No much is known on the matter, other than this agreement took place after the one with Wurlitzer was terminated. At the same time the whole range of Welson electric guitars was also distributed in America under the Welson brand — except for the fiddle-shaped ones.

In the early seventies Orpheum was importing Japanese-made Gibson knockoffs of pretty decent quality, maybe sourced from the same facilities where Ibanez SG and LesPaul copies were crafted. There is no further record of any Orpheum activity. 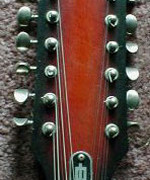 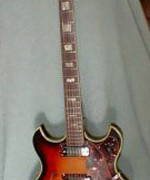 Mid-50’s acoustic archtop, made in USA. 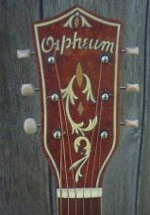 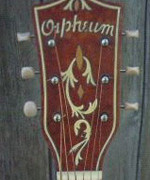 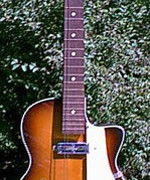 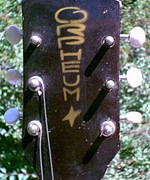 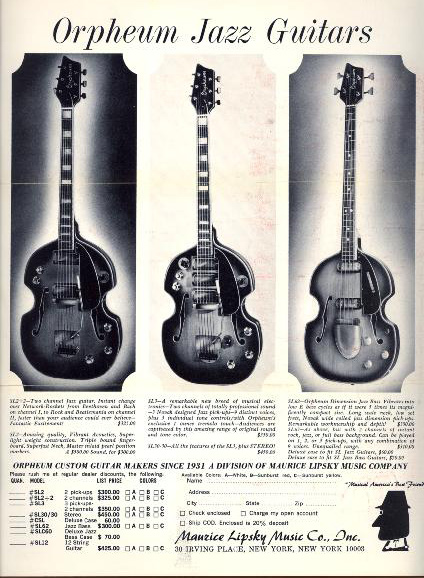 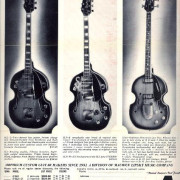 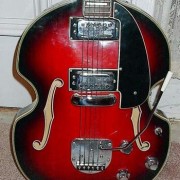 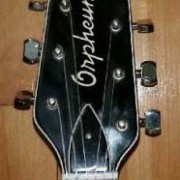 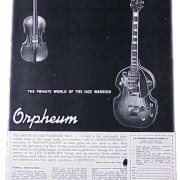 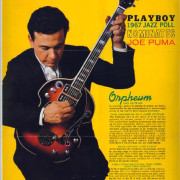 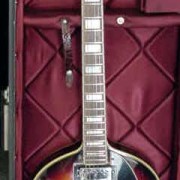 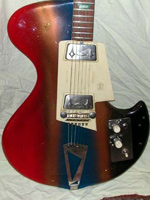 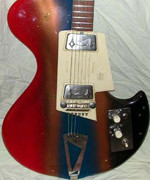 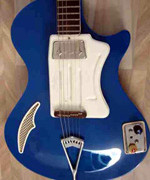 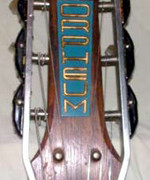 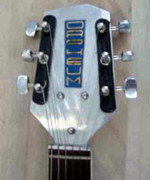 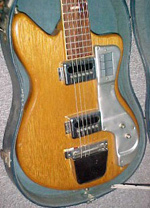 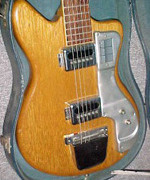 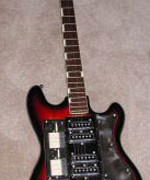 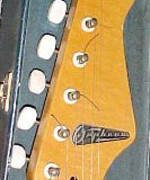 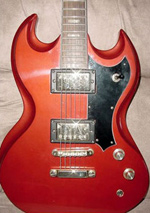 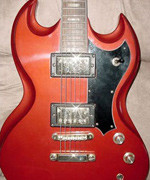 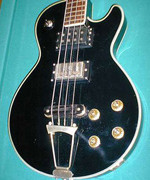 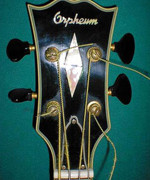 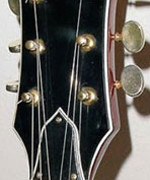